What is a Cool Roof?

A cool roof is a roofing system with a membrane or coating that is light in color. It reflects a large percentage of sunlight and quickly emits any heat that is absorbed into the roofing membrane or coating, unlike a conventional dark-colored roof. A lower roof temperature means less heat entering the building through the roof membrane or coating, which reduces the need for and cost of building cooling and extends roof service life. Cool roofing is a proven strategy to reduce building energy costs, greenhouse gas emissions, and the urban heat island effect.

How do Cool Roof Systems Work?

So how does cool roof technology work? It works the same way as wearing light-colored clothing on a sunny day can help a person stay cooler. A cool roof, or white roof, is made of roofing materials that absorb less sunlight than a conventional dark roof. Less heat-absorption means a lower surface temperature. This directly reduces heat gain through the roof and air-conditioning demand and leads to significant energy savings. In one case study, a 100,000 sq. ft building in Austin, TX with a cool roof saved 14% on peak hour cooling costs, which resulted in annual savings of more than $10,000. 1

A number of studies by scientists at Lawrence Berkeley National Laboratory, Department of Energy, the National Center for Atmospheric Research in America (NCAR), and the University of Perugia in Italy all support the energy and carbon benefits of cool roofing products and systems for low-sloped roofs and steep-sloped roofs. 2

What are Cool Roofs Made of?

Cool roof membranes or coatings can be made from a variety of materials and contain special reflective pigments that reflect sunlight. The pigments can protect the roof membrane from UV light. 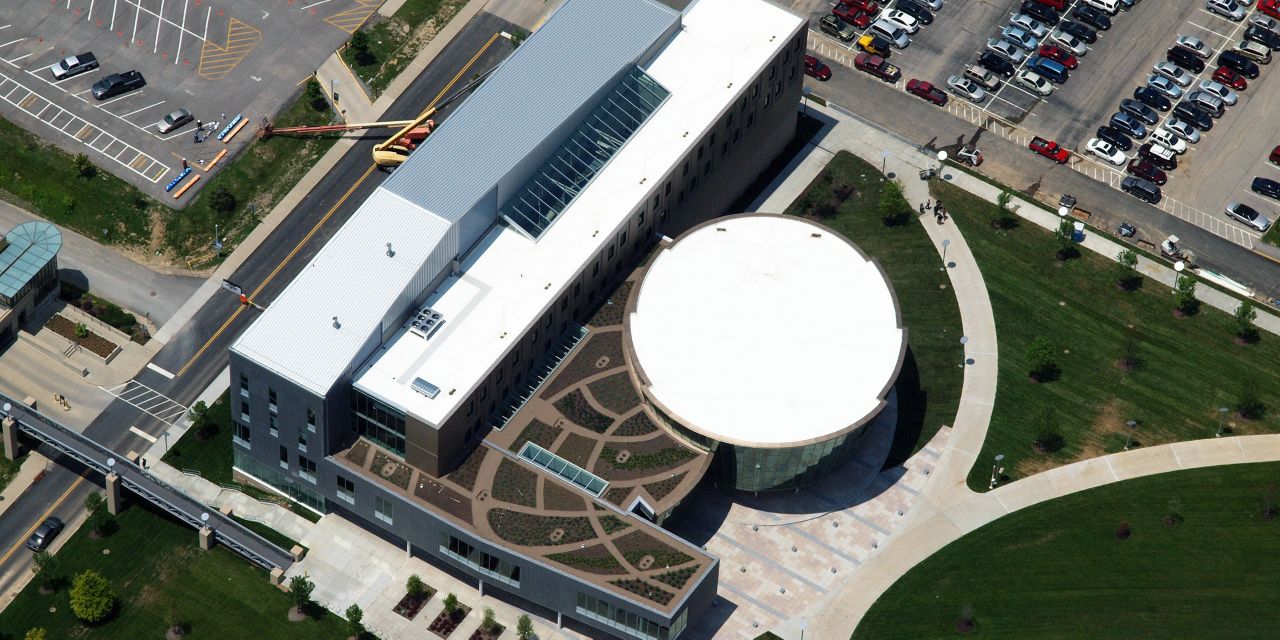 What are the Benefits of Cool Roofs?

Cool roofs can reduce energy bills by diminishing A/C needs, improve indoor comfort for spaces that do not have A/C, and decrease roof operating temperature, which may extend roof service life. They also boast a myriad of environmental benefits such as reduced local air temperature, which improves air quality and decreases smog, reduced peak electric power demand which leads to fewer power outages, reduced power plant emissions by decreasing the cooling energy use in buildings, and reduced heat trapping in the atmosphere by reflecting more sunlight back into space, slowing climate change.

How Does a Cool Roof Compare to Other Roof Types?

A cool roof, versus a non-cool roof (dark-colored roof), is the optimal choice for both the environment and the wallet due to the energy savings and its reduction of the urban heat island effect and other environmental factors.

However, solar can also be considered in any roofing related energy strategies.

What About a Cool Roof Versus a Green Roof?

But how about a cool roof versus a green roof? Green roofs, like white reflective roof surfaces, can also help lessen the urban heat island effect, improve air quality, and reduce a building’s demand on energy which in turn saves the building owner money. Although green roofs offer similar energy savings potential, they are typically more expensive, heavier, and require more maintenance. 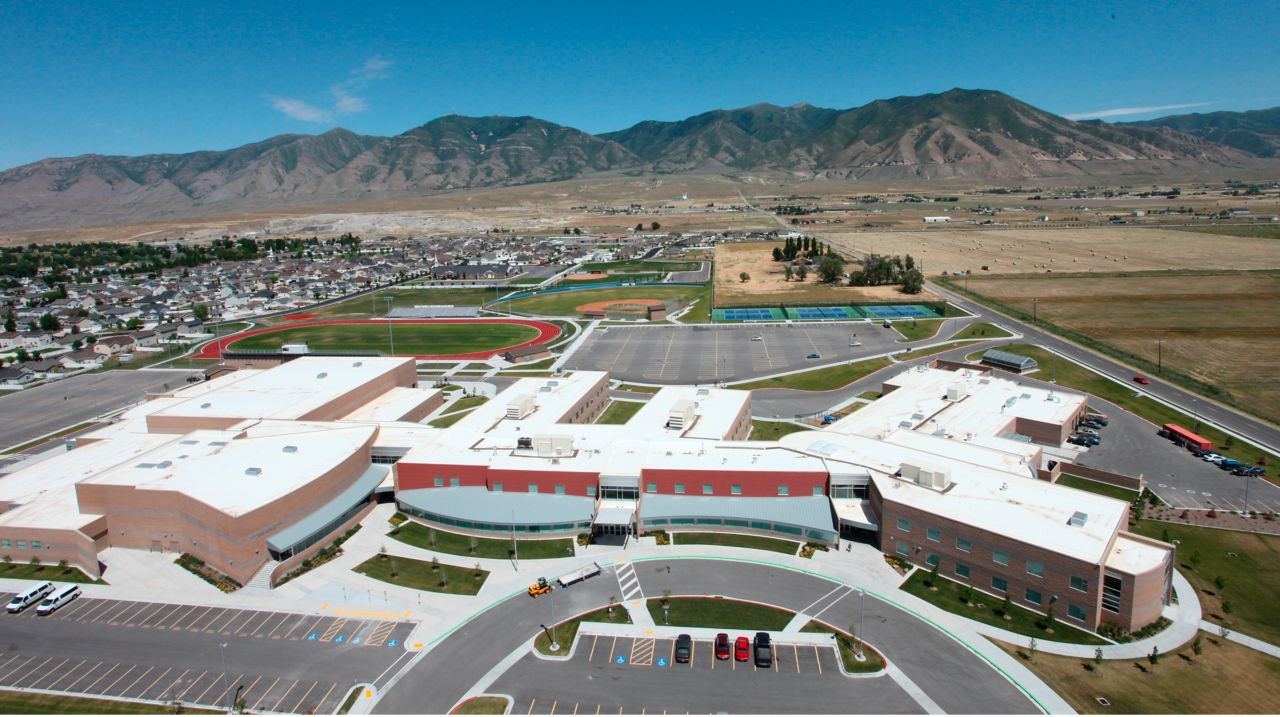 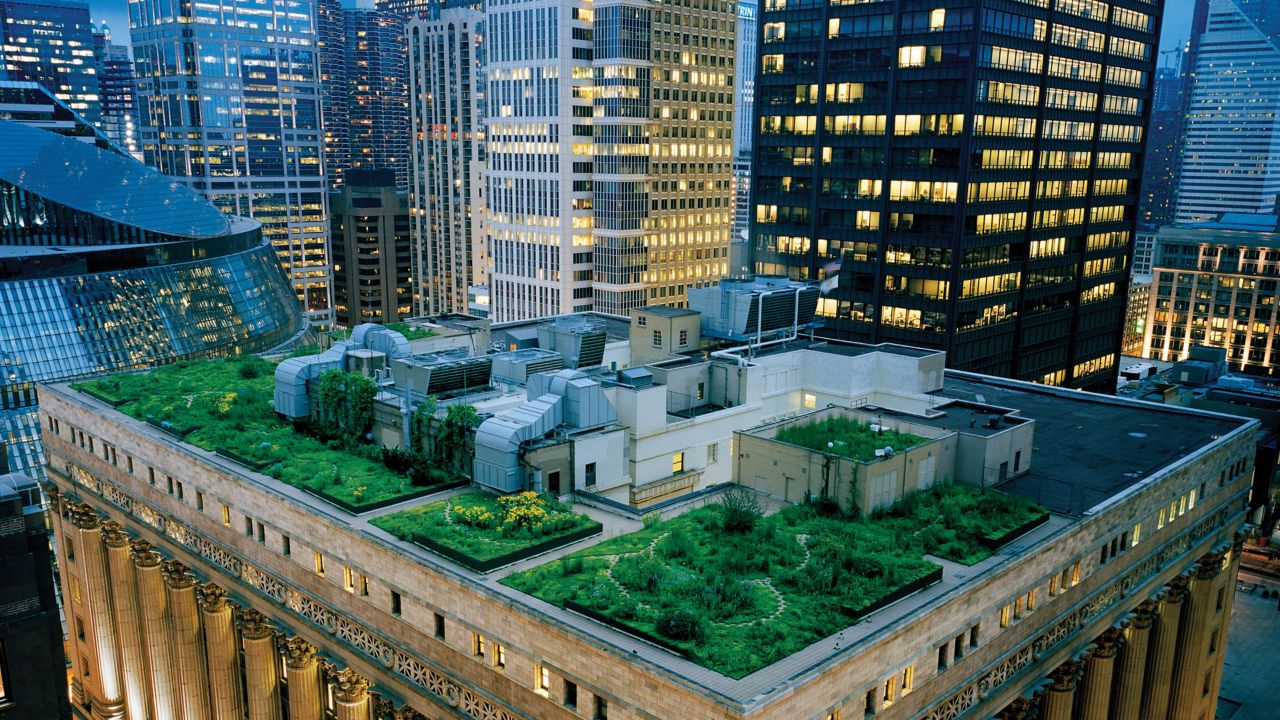 What is the Urban Heat Island Effect?

As anyone who lives or works in the city well knows, it’s hotter in the concrete jungle than in surrounding rural areas. The urban heat island effect (UHIE) is a phenomenon where a city experiences significantly warmer temperatures than in nearby rural areas. Some of the major factors contributing to the UHIE are the large volume of dark-colored roofs and pavements along with fewer trees and shrubs to shade surfaces.

Dark roofs collectively absorb significant amounts of the energy radiating from the sun, increasing the overall local temperature. These higher temperatures increase smog formation, which is compounded by the increased greenhouse gas emissions resulting from the power generation to further condition, or cool, living and working spaces to make up for the higher urban temperatures.

Dark-colored, hot roof surfaces are being targeted to minimize the heat island effect because they are unnecessary sources of heat that contribute to elevated air temperatures and increased demands on air conditioning which, in turn, leads to smog formation, higher energy bills, and heat-related illnesses.

Cool roofs are economical and ecological. The Lawrence Berkeley National Laboratory predicts that installing cool roofs, cool pavements, and trees over about 30% of the Los Angeles basin could reduce the local ambient temperature by as much as 5 degrees Fahrenheit. It is estimated that this would reduce smog by 10%. As a result of the lower ambient temperature, annual building cooling energy savings would be about 50% greater than expected for the roof alone. With less future A/C costs, the effect is significant reductions in greenhouse gases such as CO2.3 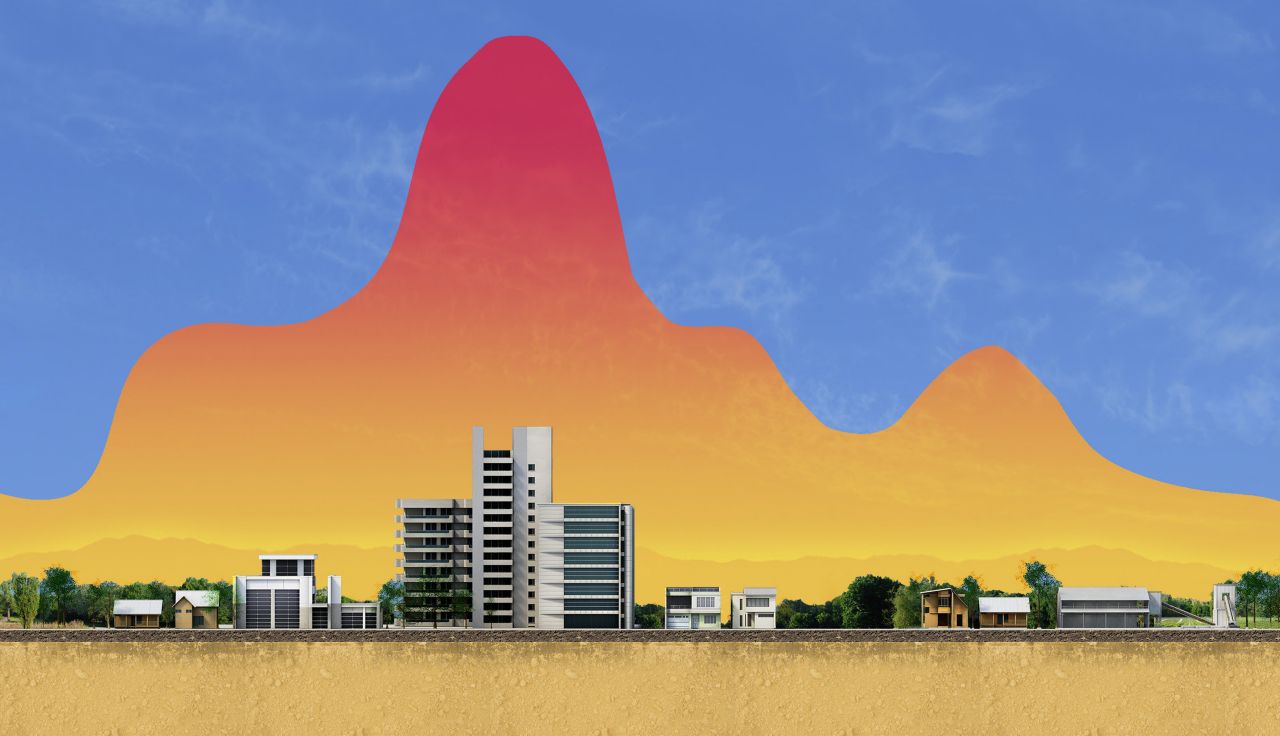 Are Cool Roofs Only for Hot Climates?

One myth that has been disproven over time is the idea that cool roofs only make sense in hot climates, but not in cool climates. The incorrect assumption was that the absorption of heat from the sun in cooler climates would help warm the building in the winter. Studies have shown that, even in cool climates, cool roofs can help a building owner save energy and money on an annualized basis compared to a black roof.

Studies have shown that cool roof membrane can reduce average summertime air conditioning peak demand (1-4pm) by 14%, and the total daily air conditioning energy usage by 11%. Peak demand is not just a warm climate problem. Oak Ridge National Laboratories examined the seasonal variation in peak air conditioning demand for a variety of different climates across North America. Their findings suggest that, even though base cooling demand may be higher in hot climates compared to cooler climates, the ratio of monthly peak demand to annual peak demand is very similar across all climates. 4

What is the Cool Roof Rating Council?

Reflective light-colored roofs, such as Sika Sarnafil’s EnergySmart Roof, are being recommended by both the scientific and environmental communities to help mitigate temperature increases in buildings and surrounding areas and improve air quality.

Are Cool Roof Benefits Reduced When the Roof Becomes Dirty?

No. Most cool roofs do not lose significant cooling benefits when subject to various forms of soiling relative to darker roofs. All outdoor surfaces are subject to getting dirty. However, a review of CRRC's database of low slope cool roof products shows that 90% of these samples still retain a significant amount of their initial reflectivity after three years. Studies have shown that roof cleaning can restore practically 100% of initial reflectivity for many products, should an owner wish to maintain that level. 5

Will Wetting a Roof Cool a House or Building?

If you're wondering how to cool a roof in the summer, wetting a dark-colored roof might cool a house or building only temporarily and on a small scale. A cool roof, on the other hand, is a long-term solution.

What is the Cost of a Cool Roof?

Typically, cool roofs cost the same or less as non-cool alternatives. Ultimately, the energy-cost savings achieved depends on factors such as climate, amount of roof insulation, energy prices, and building use. It is important to consider that, along with energy savings, there are both rebates and incentives offered for cool roofs by some utilities and agencies. HVAC equipment savings may also be achieved when a cool roof reduces peak cooling loads enough to reduce the air condition capacity needed. The lower rooftop temperature may also extend the membrane's service life.

Is a Cool Roof Worth it?

Should I Install a Cool Roof?

If you are planning a new building or replacing or restoring an existing roof, a cool roof system should be viewed as an energy-efficient, cost-effective, and long-term solution. If you’re wondering whether installing a cool roof is the right decision for you, consider the cost-benefit analysis. These surfaces have been proven to reduce the amount of energy required to maintain comfort in an air-conditioned building by decreasing heat flow through the building envelope. Note that, while white roof materials tend to be very good solar reflectors, colored roofing materials can also be made to reflect more sunlight. Sika Sarnafil's EnergySmart Roof features options for a White, Tan, Reflective Gray, or Patina Green reflective surface. Sika Sarnafil's reflective roofs also meet and exceed the criteria for qualifying as an Energy Star-Rated roof product.

Using a highly reflective EnergySmart Sarnafil roofing membrane can save significant amounts of energy, depending on the location of the building, and that means financial savings. If 80% of all commercial buildings in the U.S. had cool roofs, it has been estimated that there would be approximately $735 million in overall energy savings. Ultimately, cool roof products exist for virtually every kind of roof. Cool roofing systems like the EnergySmart Roof can save money, improve occupant comfort, increase a roof’s longevity, and reliably protect a building and its contents, meaning the benefits are well worth considering.

What Makes for a Good Cool Roof Product?